Making my way through WITH + STAND... 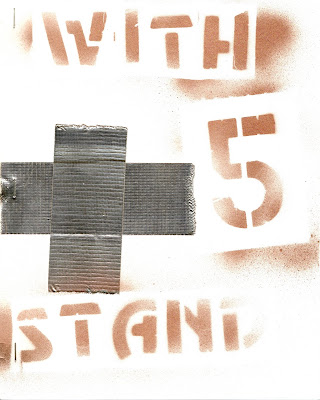 Favorite poem so far is the following by Erin Wilson:

my brother said,
the you you like.
I'll wear heels,
carry the purse, a basket
if I were walking or you were
there, I mean, if you you
the future perfect of that dress,
the life, you you,
I am not
certain how the action
of when writing—is it a thing
or I think, sweep the floor, I know
that's done, small nipples,
lymph nodes, dimples,
rub between you your
fingers, the dirt still under nails
because iodine cleans wounds
not dirt, sting my wound, I bleed
into the tomatoes, I stained
the tomatoes

I'm also digging the following from Jackqueline Frost:
from OBITUARIES of KAZOU OHNO

on tuesday in yokohama. in yokohama we have lost a giant jewel. on tuesday at a hospital in yokohama your funeral arrangements have already been made.           i saw this old guy in heavy makeup at the side of a cliff doing this dance with his hands and the rocks were coming off in his hands and he was making this crying gesture.           death was confirmed often flamboyantly female. the tottering women were forces fragile with flapping shoes and skewed wigs. hermetic little studies. sometimes a tattered kimono. the grand old man of concentrated solos. it would be remarkable enough. fame in old age. even in uncertainties of the postwar. one sees indeed the seeds of the entire aesthetic. fraught with.
Posted by The Disinhibitor at 12:04 AM