New classes at the Public School! 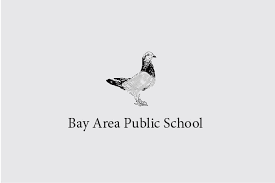 I'm organizing two reading groups at the Public School this spring if you're interested: "Heidegger for Mystics" and a monthly meeting on Agamben's Homo Sacer cycle. Info below; hope to see you there!

This reading group will investigate Heidegger's esoteric and "poetic" writings about language and the event, texts composed approximately between 1936-1942. With the new translation of The Contributions to Philosophy (of the Event), a forthcoming set of new lectures on Holderlin, and the recent translation of his "personal notebook" The Event, it seems timely to dig into this very strange, beautiful and often problematic writing. A possible reading list might include the following primary texts:

I'm open to moving as fast or slow as folks would like (we can meet once or twice a month, depending on schedules and interest). One strategy would be to read The Contributions in this new translation, tackle the Holderlin lectures, and then take on Mindfulness and The Event. At our first meeting in January we can work together to devise a proper reading list and schedule.

I was thinking about rereading Homo Sacer and State of Exception in anticipation of digging into the later Agamben texts like The Kingdom and the Glory and Opus Dei, and as a result, it seemed like a good idea to read the Homo Sacer cycle from start to finish, especially since the missing volume, The Use of Bodies, is scheduled for publication in the summer of 2015. Here's the lineup:

I plan to read one text a month, with a single meeting for conversation, though this is totally open for debate if there's interest.

I hope to see some of you there!
Posted by The Disinhibitor at 1:02 PM No comments: