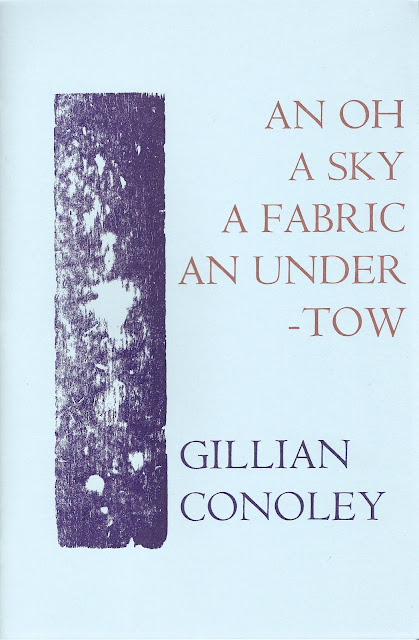 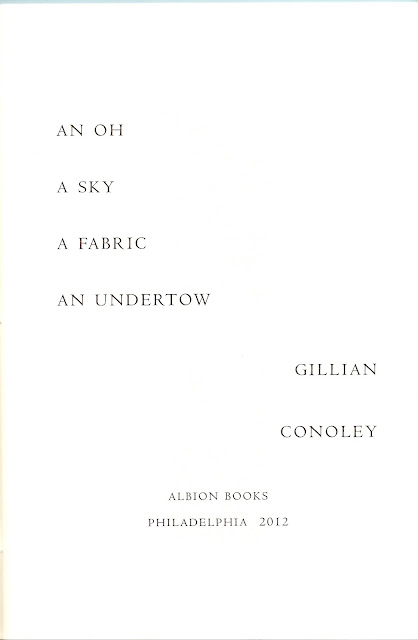 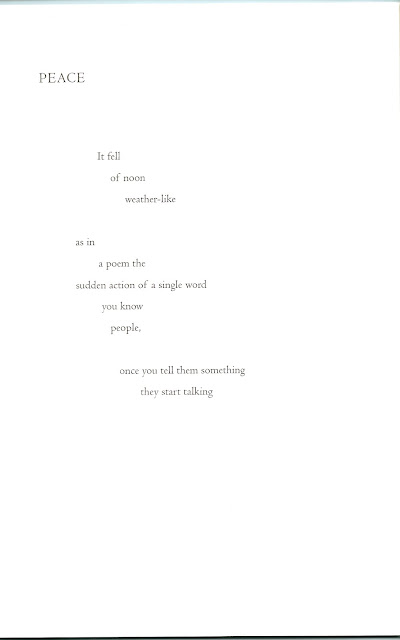 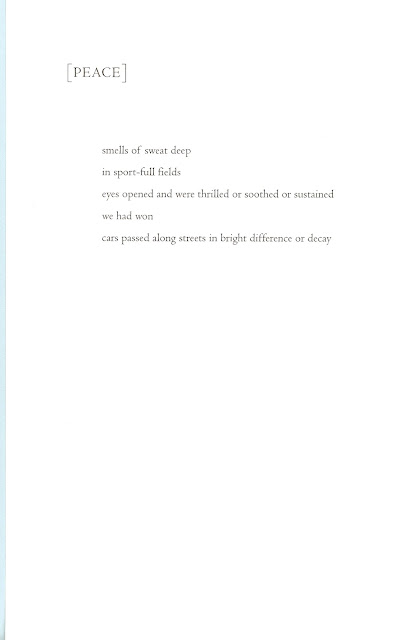 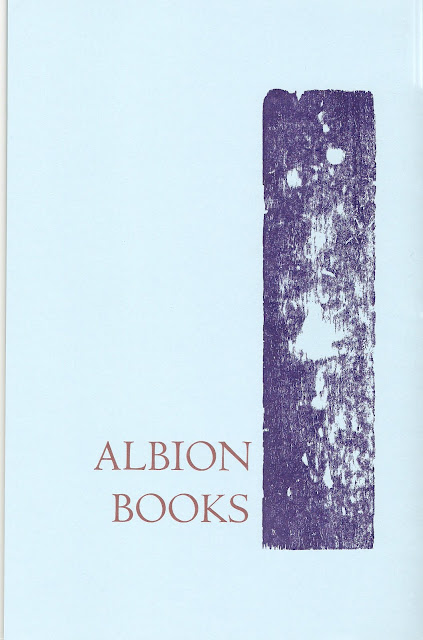 I just received Gillian Conoley's beautiful new chapbook, An Oh / A Sky / A Fabric / An Under / -Tow, from Brian Teare's absolutely flawless Albion Books. Brian made this with virtually zero equipment, which highlights, I think, his great eye as a designer and as a book maker. This one is SUPER elegant (the cover block, which also figures prominently on the title page, was made using "hand-altered" furniture! who needs photopolymer plates?!), and the poems are really, really interesting! Get one before they sell out here! Only 120 copies in existence, and when they're gone, they're gone for good!
Posted by The Disinhibitor at 12:59 AM No comments: 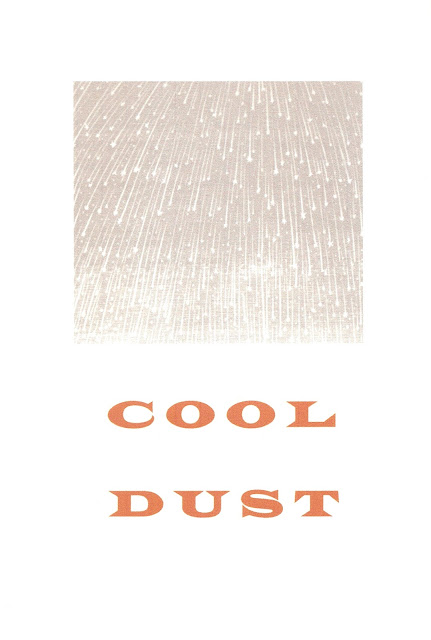 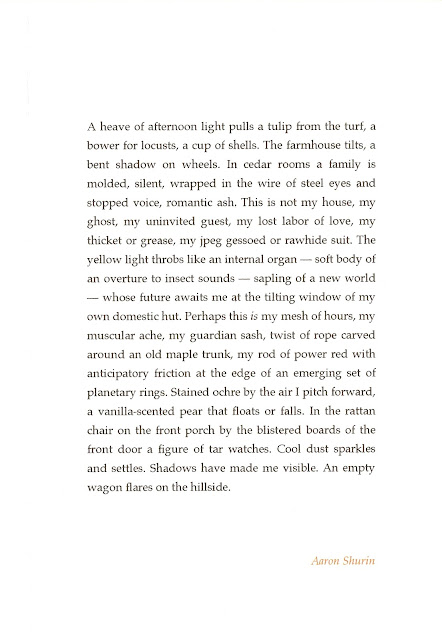 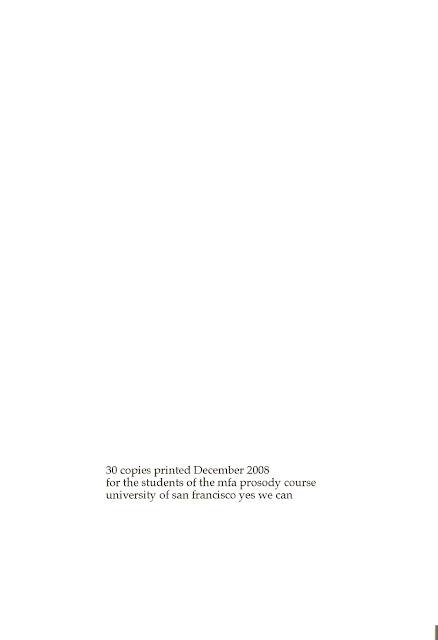 Posted by The Disinhibitor at 12:07 AM No comments: 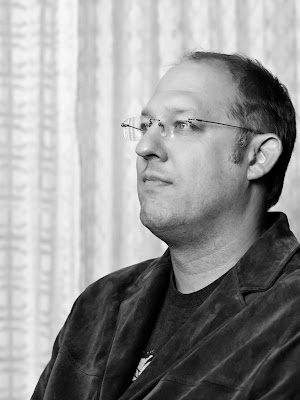 Brent Cunningham gave a spectacular reading from his new Atelos book Journey to the Sun last week, and I asked if I could share the text from his rambling and brilliant introduction here. Brent read with Lyn Hejinian, Tyrone Williams, and Travis Ortiz for Small Press Traffic, and each made the attempt to discuss their "aesthetic commitments or imperatives" in a manner that avoided what Lyn called a kind of "aw shucks" devaluation of what they're trying to do in their work.

Brent read around the following notes as a preface to his reading, but I wanted to present the text here in its entirety for those unable to attend. Here's Brent:

To start tonight we decided we would each spend five minutes or so talking a bit about the proposal we see our writing making, what Lyn called our “aesthetic commitments or imperatives,” with the idea that if we talk in a serious way about our concerns that some of the affinities will be obvious. I especially appreciated Lyn’s sense that this shouldn’t be in a kind of “aw shucks” way, as she put it. At the same time I do find it tricky to make serious statements from within a marginalized art—it can easily look like pomposity or delusion. It can be a lot easier to just play it down, lower the claims. But at a certain point, while it’s true you don’t look full of yourself with that approach, and that’s great, then you can have the other problem: if what you’re doing is just a trifle, what are you doing spending so much time and energy on it. And why should anybody care?

One thing I think about a lot, in relation to my work, is the way my poetry has often been written in simple, relatively clear, ordinary language, and in somewhat normative patterns—normative to daily speech. Yet a lot of the poets I admire don’t always do this (parts of Tyrone’s work could be an example of this). I do think it’s generally important not to be *frightened* of saying things that your self-doubt might tell you everybody already knows or that seem too simple, for instance because you’re afraid of sounding stupid (which is very different from saying things complexly for other, more intentional reasons). At the same time I feel like I understand why some people have problems with simple language and see it as deceptive. Certain kinds of rational, summarizing tendencies tend to ignore the nuances that exist in the lived experience. A flat, simple statements can feel like a denial of the actual confusion it took to arrive at that flat, simple statement. In some strange way, what gets elided in a summary is precisely the effort it took to arrive at that summary.

I’ve been thinking, especially, of a kind of language that seems to want to cleanse itself of the history of its own production—like the very lucid-seeming language of politics, journalism, debate. While I embrace colloquial speech patterns and concise, crystallized expressions, I feel I’m also—along with writers of much more oblique poetry—mistrustful of a language so stripped down it seems to be yearning towards the ahistorical.

I was trying to dream up a metaphor for this idea of ahistorical language so that I could explain it better, and I was thinking about archeological artifacts. What would an artifact look like if it didn’t carry evidence of its own history in itself, in the cracks in a cup, the signs of age? Picture an ancient coin, except it has no markings, it’s just smooth metal. It wouldn’t be an artifact, right? Even if was thousands of years old it would be a metal washer from a hardware store. I like to think I’m attracted, in my writing, to comprehensible, processed acts of language that still manage to retain historical specificity & some evidence of their making.

I admit I might be hyper aware of the underlying problem here, this paradox between the experience (confusing, shadowy) and the way we tend to frame the experience in retrospect (clean, clear, lucid)—or, put more broadly and more in the language of philosophy, the tension between the spatial, object-like qualities of knowledge and the temporal qualities of the psyche as it goes through an experience—between knowledge and time.

This tension, I think, runs through much of Journey to the Sun, and really a lot of my daily thinking as well. I feel a gap between the models we carry around to understand life and living life. I keep returning, in this book especially, to the simple & experiential fact that before you know something you don’t know it. So you don’t really know whether you are going to know it, and you also don’t know whether you should want to know it. Then as soon as you know it you only have a memory, not a direct sense, of what it’s like to not know it. You cross over.

I’m not talking about some floating abstraction with this tension. These are things that seem directly relevant to daily life to me. So here’s an immediate example of how it affects political thinking in a practical way: on the one hand many of us involved in Occupy and similar political gestures have a model of people where they are being manipulated by power, by the servants of capital and capitalist ideology. We tend to think of people as being, to paraphrase Marx, opium addicts, and the opium is religion, or more broadly capitalist ideology. Some of us get really furious about capitalist power manipulating people, twisting them, hooking them on lies and a limited sense of possibility. Yet a lot of us also think of people, even and especially very poorly educated oppressed people, as having tremendously flexible abilities to re-appropriate the propaganda of capital. So there’s an ongoing tension between the model, the addict, and the living reality, which is that people often get how they’re being manipulated with great clarity, and when you talk to them they are often less like drug addicts than just folks who maybe made a decision to play along in certain ways while subverting things where they could, or maybe they get the true brutality of it better than you do but express it differently, or else maybe they have some chain of logic that starts from some different premises than yours but certainly isn’t something the capitalist enterprise fed to them as a talking point.

I’m trying to describe a tension here. It’s not that the opium addict model is a mistake but that it simply falls short when compared to people in their actual diversity. It’s not a matter of replacing the model of capital brainwashing people with some other model—really it’s not a terrifically false model, and has great usefulness. The problem is just that it’s always still just a model. So I like to think maybe there’s a role for poetry in trying to find ways to hold on to a given model while also being aware of its falsity and limitations in the actual situation. And as I’ve thought about it—after the book’s publication—I felt like the idea of traveling, in time, to the very thing that most obviously marks out time for human—the Sun—has a lot to do with the knowledge/time tension, which is partly this tension between models of the subject and actual, breathing subjects.

But let me also say that I couldn’t have said any of this about it prior to writing it—that it was very much guided by intuitive suspicions, by irritations at contradictions, and by the feeling that something’s always being abridged even as something else is also getting said. In other words the process of writing didn’t come from but rather led to—I hope anyways—some greater lucidity. I sure wouldn’t write this thing again.

To put it into summary form: in my model of the psyche we might be best described as ever-evolving idiots turning into slightly lesser idiots (who still don’t know a whole lot), yet the fact that we might be able to recognize ourselves as idiots is, for me, all the justification people need to keep fighting the idiots out there who don’t even know they’re idiots.
Posted by The Disinhibitor at 1:45 AM No comments: 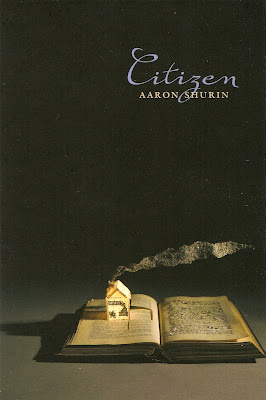 Aaron Shurin is reading tonight (Thursday, 2/2) at City Lights to launch his totally flawless new book Citizen. As it promises to be a totally triumphant reading, you should probably be in attendance; however, if you're like me and you have to teach a night class, you can catch Aaron a second time reading with Micah Ballard at University of San Francisco on Valentine's Day (2/14, Fromm Hall, 5pm). Both poets will read from their City Lights volumes, and I will certainly be in attendance with my class of awesome USF poets. Hope to see you there!
Posted by The Disinhibitor at 2:01 AM No comments: