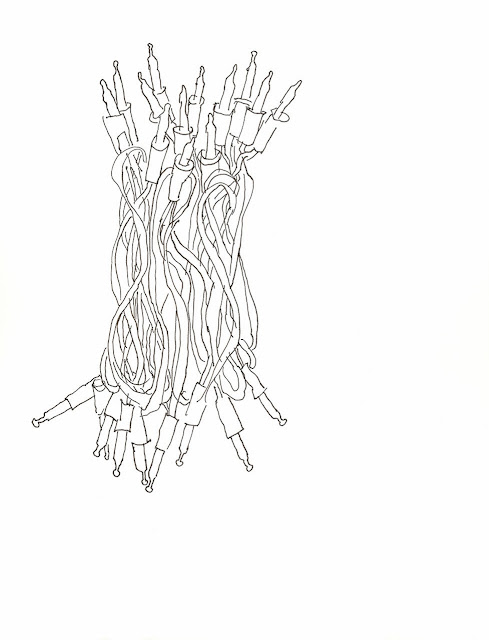 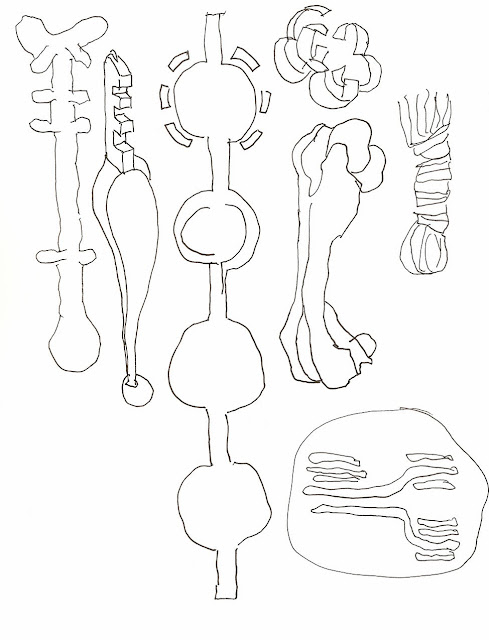 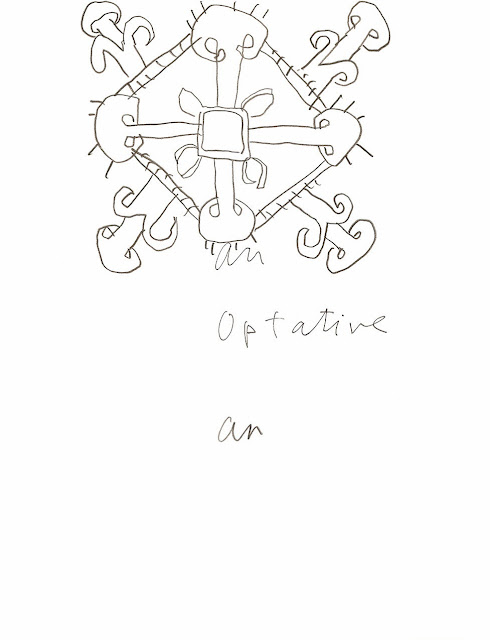 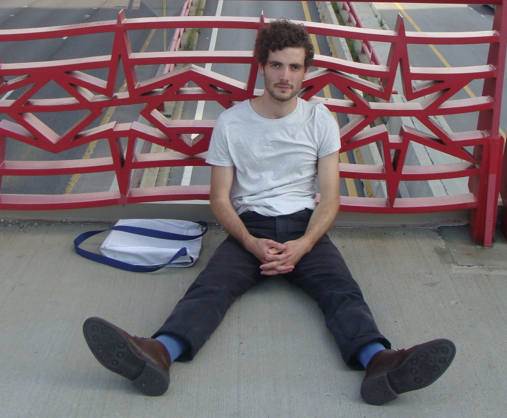 John DeWitt lives in Paris. He recently published a collection of poems under the title Visceral Apocrypha (Shit Valley press). 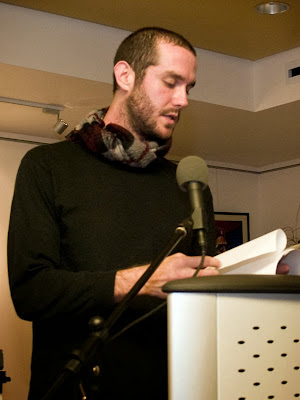 John Sakkis is the author The Islands (forthcoming Nightboat Books) and Rude Girl (BlazeVOX Books), and with Angelos Sakkis he has translated three books by Athenian poet and multi-media artist Demosthenes Agrafiotis — "now, 1/3" and thepoem (BlazeVOX Books) Maribor (The Post-Apollo Press), awarded the 2011 Northern California Book Award for Poetry in Translation, and Chinese Notebook (Ugly Duckling Presse). The author of numerous chapbooks, pamphlets, mixtapes and ephemera, under the moniker BOTH BOTH he has curated/ edited various projects including: blog, reading series, and since 2005 a magazine. He Lives in Oakland. 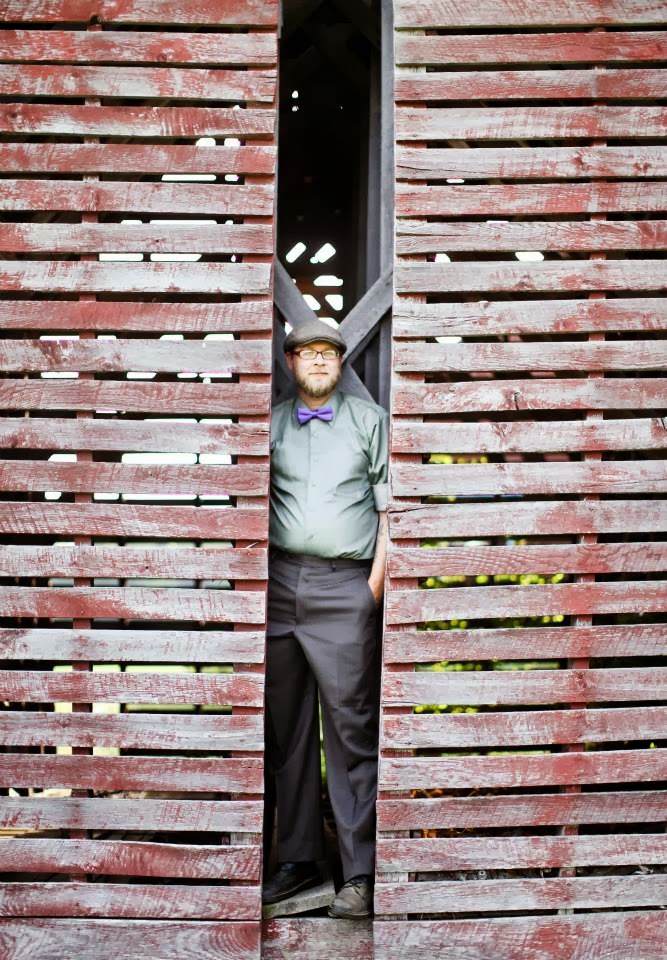 First of all, my many thanks to Michael Cross for this invitation. As someone who tends to be a bit of a bitter realist/crackpot conspiracy theorist, I seldom get asked to take part in celebratory list-making. I’ll give it my best. Here’s my rundown of 2013.

Edward Snowden. When I was like 13 or 14 I remember discussing with friends, as though we had political insight, “yeah, if you say words like ‘kill’ and ‘president’ in the same phone conversation the NSA will automatically pick up and listen to your call.” Everyone believed this. So Eddie Snowden simply provides proof of what we all already believed and now has to live his life in fear and exile. The biggest travesty, perhaps, is that almost no one even read what he released/published … and so we still, ultimately, have no more proof than we did when we discussed these things 20 years ago – we just have one more element of hearsay. “This guy who once worked for the NSA said all that stuff we use to say is true.” Oh well, a tip of the hat anyway, for pulling back the curtain a bit further.

Ethan Couch killed more people than the Boston Marathon Bombing. You know, since people like numbers and all.

My truck hit 150,000 miles this year. A lot of good land under that old rust machine. The engine still sings like an Easter morning choir, but you can’t hear it over the painfully evident missing muffler.

Hellraiser. The original movie, not a sequel or spinoff or anything. It’s most certainly not from 2013, but bear with me a minute. My wife is amazing; I love everything about her, except for her love of horror movies. And she loves the contemporary “possession” style horror movies where you wait and wait, and then something shocking jumps out and makes you jump a little, and so on. Not really my scene. I have a problem with ghosts in general based on class issues – ghost believers generally describe ghosts as souls that aren’t at peace. Well then why are most ghosts middle class white girls? Where are the ghosts of slaves and immigrants and the generally downtrodden, those who were never at peace? Why are apartment buildings (usually) ghost-free – do you have to carry a mortgage before you can become a ghost? Anyway … so I showed her Hellraiser and it scared the shit out of her. And really, no horror movie has come out since that’s even half as good. Find me any villain as badass as Pinhead. So even though Hellraiser came out in 1987, if you watched it in 2013 it was the best horror movie of 2013.

Upon my relocation to these parts I was contacted by some locals who were told by Juliana Spahr to contact me. They had been working on a Free School type project in southwestern PA. As we were in initial discussions, the Occupy Movement took off – and seemed to fulfill some of those initial ideas. In the period of time following that immediate fervor, an incredible poet and even more incredible person, Ryan Kauffman, took that progressive/participatory gesture and translated it into a politically astute poetry reading series called Poesis. All proceeds went to charity. All readings contributed to a larger community. All readings had a sense of potential that hasn’t been felt in this region in some time. I was honored to read/lecture in February, and I believe that that was the final reading of the series, as Ryan was shortly thereafter diagnosed with cancer. He is in remission now, and my thoughts are with him regularly, but I still have to list Poesis as the best reading series to end this year. Perhaps by the end of next year it will be listed as the best reading series to start back up.

Michael Nicoloff was probably the best Facebooker over the entire course of 2013, but Erika Staiti’s 12/13/13 paragraph of her year-long struggles with Proust could easily go down as one of the finest Facebook posts of all time.

More has been discussed this year regarding the general state of adjuncts and adjunct working conditions than in any year previous. This is good. Obviously, we’re not paid in coal scrip coins, and I don’t want to make any unnecessary comparisons, but the working poor is the working poor – and the starving class will one day throw down their pickaxes, shovels, fruit baskets, dust rags, spatulas, and gradebooks and say they won’t take it anymore. Not quite there this year, but this year seems to have fast-tracked that dialogue a bit.

Ed Steck. The Garden: Synthetic Environment for Analysis and Simulation. Ugly Duckling Presse. A few years ago I rode the Mega Bus to New York to watch Erika Staiti read at the Segue Series. It was when Sara Wintz and Thom Donovan were the curators. After, as we all drank and caught up, Sara told me about this guy she met at Bard who was living in Pittsburgh – who wrote weird political/conceptual poetry and loved old punk and metal. She knew we were meant to be friends and introduced us via email. We did a reading together, and then sometimes drank whiskey in the afternoon together. We’d talk about poetry, appropriation, lineages, grad school, Burzum, Aus Rotten, Motorhead, The Clash, and so on. Anyway, this book is exactly what I look for in a book. Ed understands the artful and political balance of ethical appropriation; he composes texts that at once overwhelm with their volume and simplify political/military discourses to their linguistic realities. There is something we consider to be reality, and then there is the reality we are told exists, and then there is the real reality – Ed allows all of these to intertwine into some sort of language-mess, into some sort of cubism gone awry, into some sort of beautiful landscape … everything overwhelms and envelops, but upon allowing that landscape to settle, we’re left with a terrifying vision of authority, surveillance, and power structures – and we’re left with one of the most formidable books we might ever encounter.

Alli Warren. Here Come the Warm Jets. City Lights Books. “You begin from economic fact.” I don’t know Alli’s economics – I know I wish I wrote that opening line. I don’t know exactly how many chapbooks Alli has written, but my guess is that it’s somewhere right around four thousand. Alli is always there. Reading, conference, talk, planning session, symposium, protest, discussion, barbeque, book release, dance party, and so on – Alli understands the importance of attendance in voluntary, participatory communities better than anyone. These communities are bullshit if no one shows up. She never asked for anything, but gave her all to everything she took part in – I have nothing but respect for all she’s done. This text is a culmination of that spirit – the voice of a woman who has observed, documented, volunteered, laughed, suffered, and lived a life through a poetic lens. Through the linguistic/participatory importance of personal upheaval in the face of political uncertainty. Everyone who knows Alli has been waiting for this book for years. People who don’t know Alli have been waiting for this book for years. Everyone who waits for books has waited for this.

American Books. This is a new press by the aforementioned Ed Steck and two cohorts; though it “officially” launched in 2011, they released their first full-length title this year (Cold Mountain Mirror Displacement by Jeremy Hoevenaar). As Ed’s aesthetics, poetics, politics, and ethics are spot-on, I’m totally excited about what he will do as a publisher. Good things to come. Good things to come.

With all due respect to the other small-market teams who made the postseason, and to my true AL love: the Oakland A’s, the Pittsburgh Pirates were the best story in sports this year. They gave me the most exciting baseball I’ve seen in decades.

I just realized this thing has hit around 1300 words. I’ll end it. I hope it was enjoyable and uplifting as we end the year. Again, much love to Michael Cross – one of those amazingly busy and productive types. Thanks for including me in this tradition. And much love to all of you. I’ll see you when the road leads that way.

Jeffrey Schrader is the author of Art Fraud (BlazeVOX), gridpattern (Erg), some chapbooks, and a lot of internet and photocopier based journal stuff. He lives in a small town an hour north of Pittsburgh, PA, where he adjuncts during adjuncting season and landscapes during landscaping season.
Posted by The Disinhibitor at 12:00 AM 2 comments: 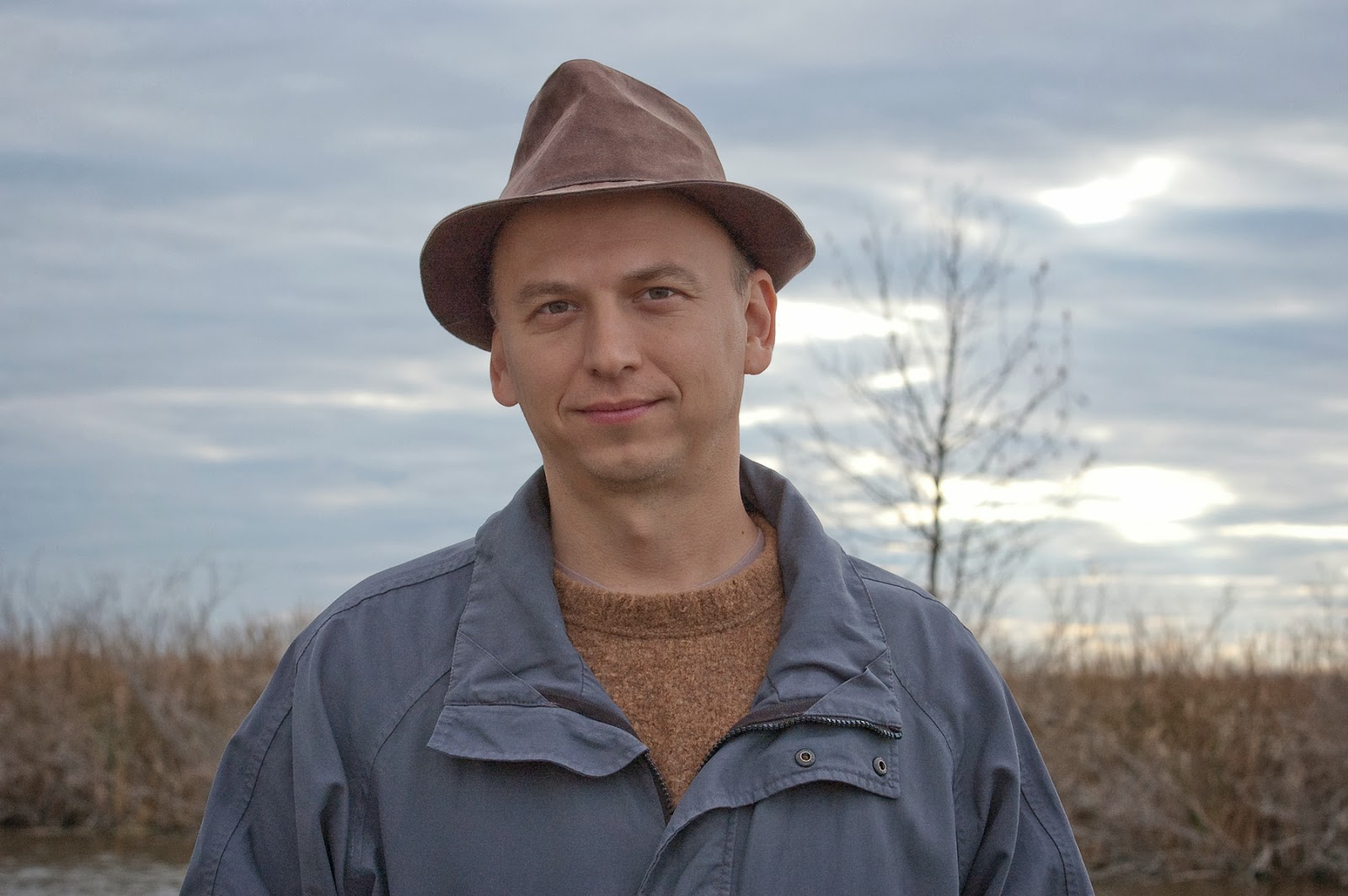 I’m currently enjoying a nice, long residency at the Lynden Sculpture Garden. These are the three books I’ve spent the most time with up here:

Excluding field guides, I also have with me:

The Story of My Boyhood and Youth, John Muir (University of Wisconsin Press, 1965)

My soundtrack at Lynden has consisted of:

Nurit Tilles – David Mahler: Only Music Can Save Me Now 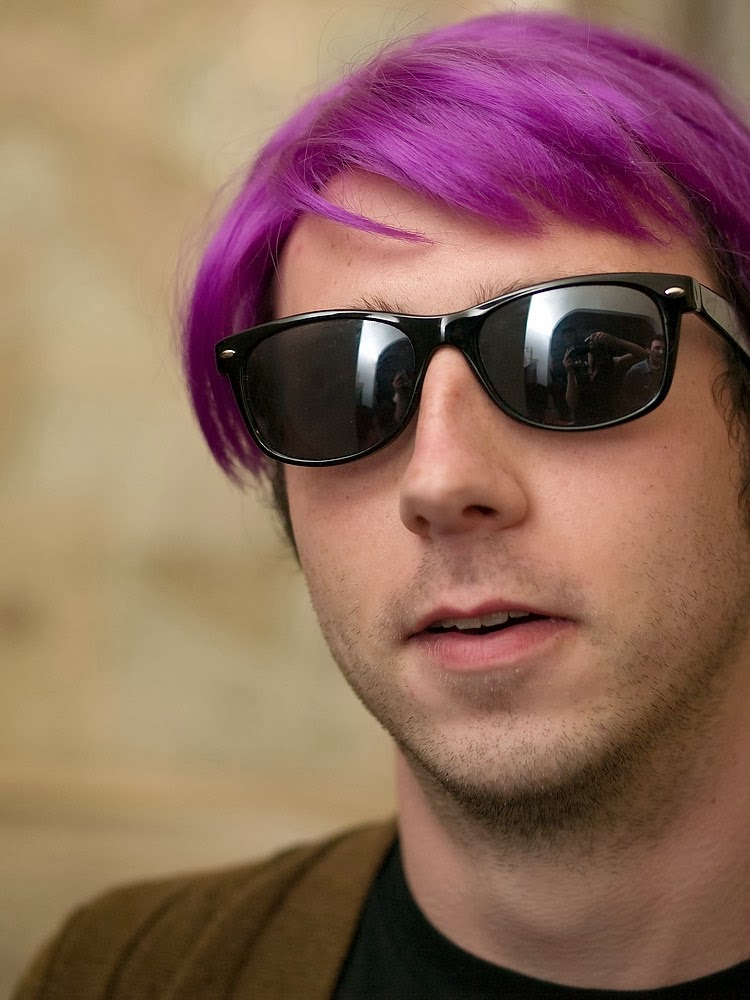 I also read Gravity's Rainbow again this year.
ah and forgot Prurient's Through the Window. At first I thought it was a stretch at best and ridiculous at worst, and grew to love it as a dazzling breakthrough for ol' Dom Fernow, whose early Prurient performances I witnessed with anguish in several small Iowa venues in the early 2000s.


Paul Ebenkamp is at AFTER UNDISCLOSED RECIPIENTS, co-curates the Woolsey Heights reading series, is author of SEIZURED IN THE EASE (Mondo Bummer Books), and is co-editor of Modernist Women Poets (co-edited with Robert Hass; forthcoming, Counterpoint Press) and several other works of poetry and criticism. Click here for an increment. 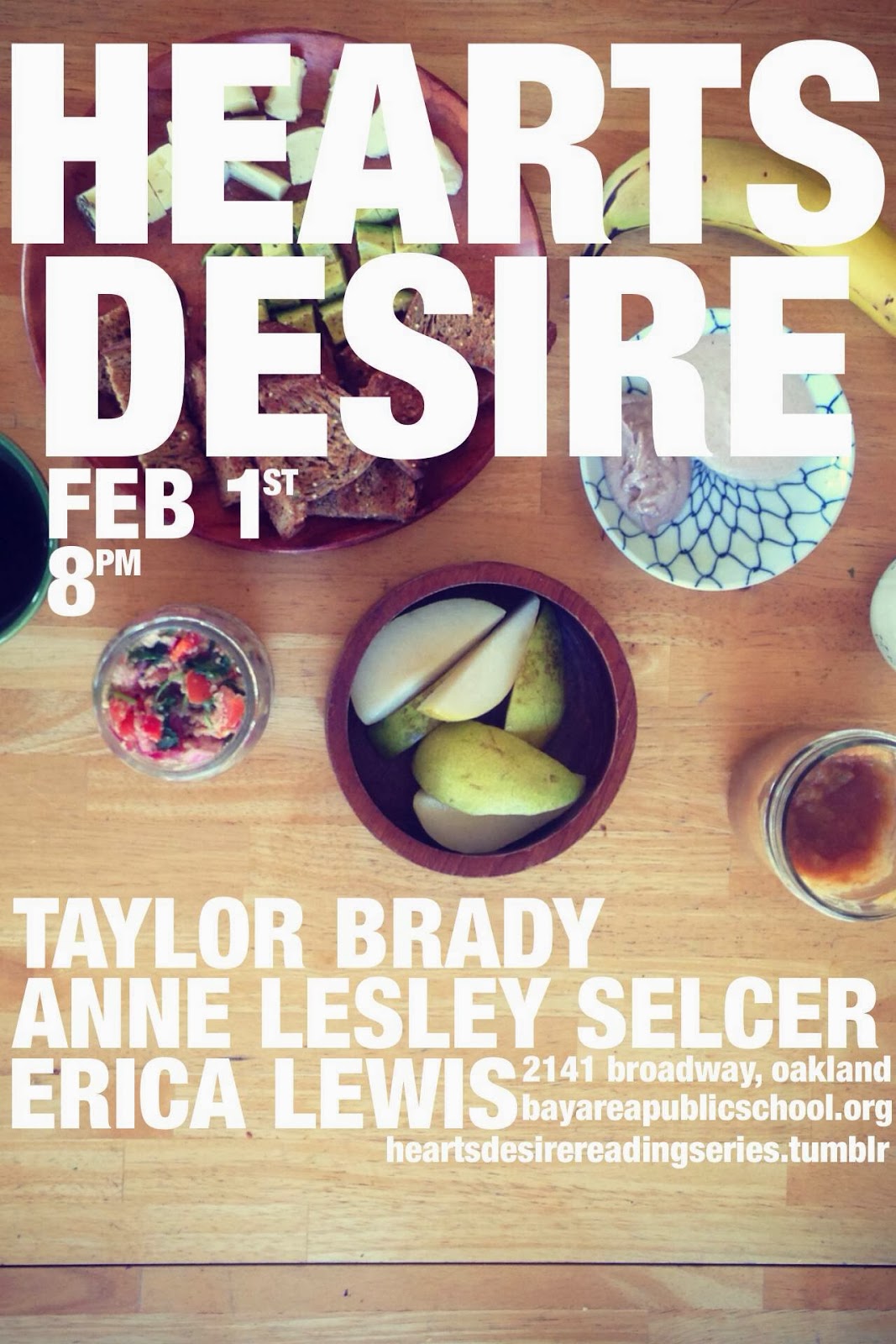 This is as good a time as any to officially announce Compline’s next long-player: Taylor Brady’s In the Red. I’m pretty giddy about this release, especially given that Taylor is one of my favorite living poets and this work in particular is INCREDIBLE. Taylor promises to preview material from the book at the next Hearts Desire reading, where he’ll share the stage with fellow Bay Area superstars Erica Lewis and Anne Lesley Selcer. If you’re local, join us this Saturday, 2/1 @ 2141 Broadway around 8pm.

And if you’re like me and you can barely contain your excitement for this volume, you might check out Taylor’s recent Trafficker book, "For I Know Not What I Did Last Summer," which contains earlier drafts from the book.

We’re shooting for a late spring release, so keep yr. eyes peeled…
Posted by The Disinhibitor at 8:01 PM No comments: