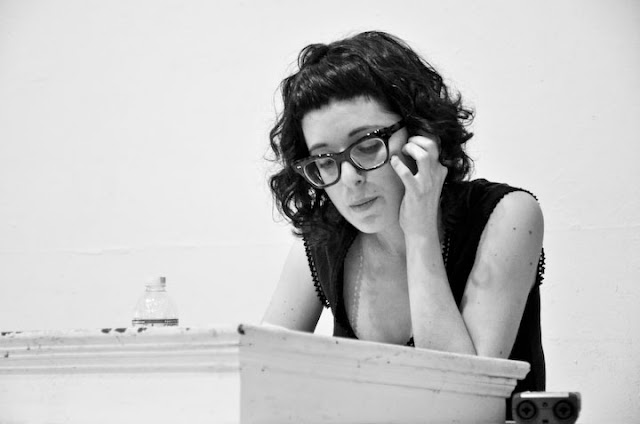 What made me remember the feature is when I remembered that Sara Wintz sent me some poems a long time ago for said feature, and I've yet to post them. Then I remembered that this would be a good time to remind you to remember that there are still copies of Wintz's The Feeling is Mutual anthology (with cover artwork designed by me and guts designed by Stephen Novotny). You should buy one to support Small Press Traffic (they're cheap!), and then you should read these new poems by Sara Wintz (or you should do these things, I guess, in whatever order you choose). We now resume "Fresh to Death Fridays"...

walk across the room to my dresser, put my clothes on and walk downstairs to the kitchen
turn the coffee on, open the fridge which turns the lights on

page 55
on the internet a teenager from usc joins the libyan rebels at the end of summer vacation
cactuses on the table [9:54 PM] christmas lights surrounding the living room
lights off everywhere but the multi-colored glow + white light from the television screen
a woman in the television says “on the sugar bowl”

I want to say so many things. About a collection of people. About the way that the sun looks on the apartment buildings across from our house in the morning, with the porch lights still on. About the pale shade of blue in the sky. About the process involved in sending one letter to you, Francesca. In our kitchen, the back door is open leading out to the back porch. Walking down the stairs in nighttime, clouds float across the moon. Kitchen lights for miles on. Yellow squares floating out into the distance. 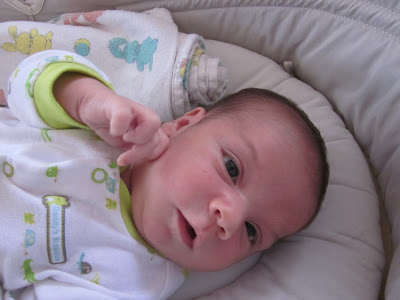 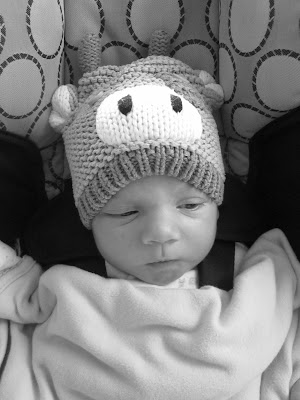 Posted by The Disinhibitor at 12:44 AM No comments: 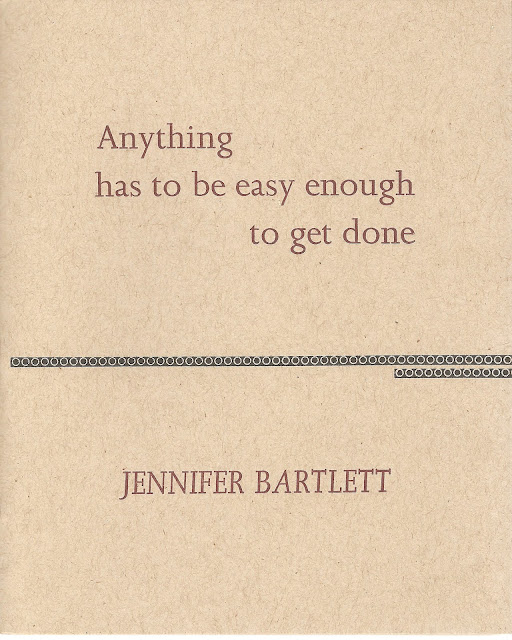 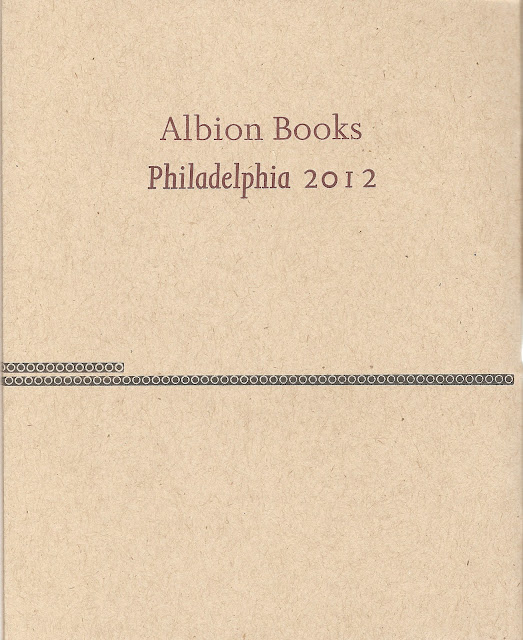 I just received a brand new one from Brian Teare's Albion Books, which is always a great, great pleasure. This one is especially near and dear to my heart, as Larry Eigner is one of my very favorite poets of all time: Jennifer Bartlett's "Anything/has to be easy enough/to get done" is a mini-biographical essay on Eigner, acting as a preview of the full-scale biography she is currently writing. I don't know a ton about Bartlett, besides the fact that she was a co-editor of the recent Beauty is a Verb anthology, but I was very excited to learn that someone is taking on this project. I've also recently learned that Andrew Rippeon is working on a collection of Eigner letters, so it looks like my Collected Eigner will no longer stand alone on the shelves! Check out Jennifer Bartlett's blog here to read an abbreviated chapter from the biography, and support Albion Books by picking up the chapbook here.
Posted by The Disinhibitor at 12:30 AM 1 comment: 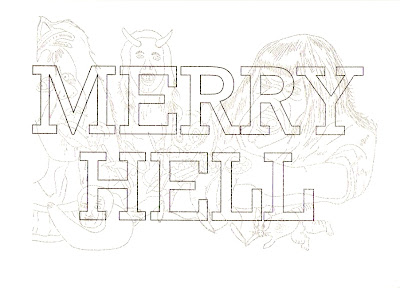 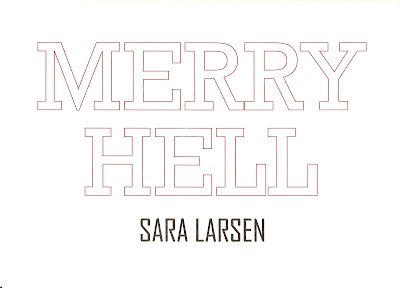 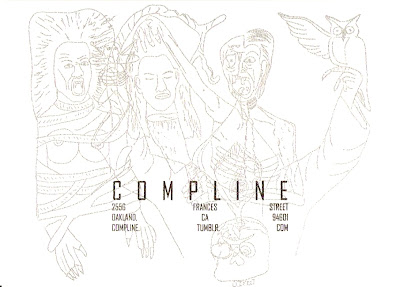 Sara Larsen’s Merry Hell was designed and printed by Michael Cross & Stephen Novotny during the second week of September in anticipation of Sara Larsen’s reading with Thom Donovan & Suzanne Stein on September 14, 2012. It was printed from start to finish on the Heidelberg, and features “interpretations” of hand-painted movie posters from Ghana (a secret homage to the work of Leslie Scalapino). It features Larsen's incendiary homage to the women of the Paris Commune (and by extension, the women of the Oakland Commune). 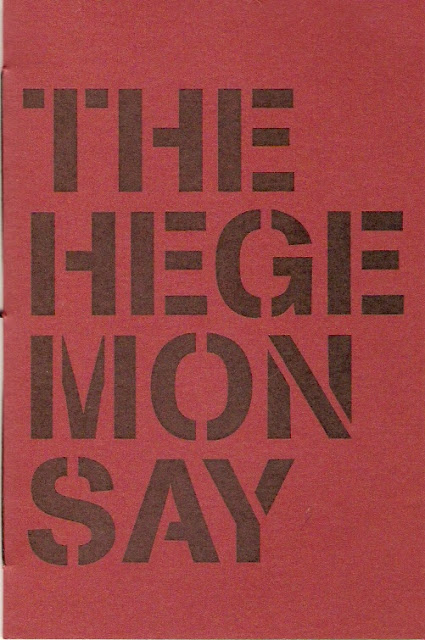 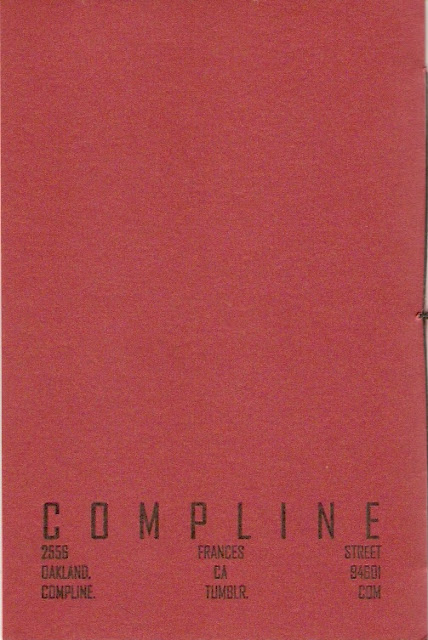 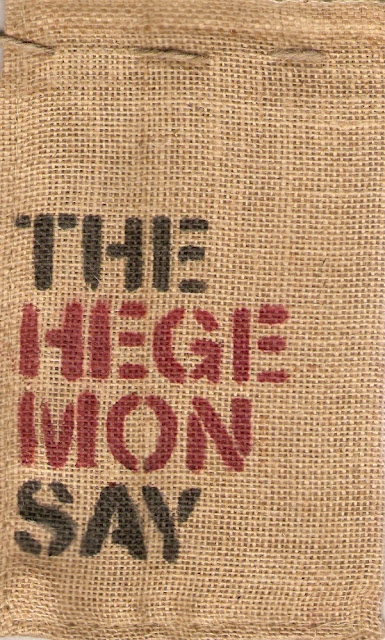 Thom Donovan’s The Hegemon Say was printed in late August for the same reading (organized in his honor). This book is a homage to Theresa Hak Kyung Cha and was designed with her breathtaking book-object Pomegranate Offering in mind. As such, The Hegemon Say comes packaged in individually spray-painted burlap sacks. The book itself was printed from start to finish on the Heidelberg and features a brand new poem by Donovan (his first official publication since The Hole).

Click here to purchase Sara Larsen's Merry Hell for $5 (cheap!) plus $3 shipping (these books must be carefully packaged!).

Click here to purchase Thom Donovan's The Hegemon Say for $5 (did I mention: cheap?!) plus $3 shipping.

Click here to purchase both books for $9 plus $3 shipping!

Posted by The Disinhibitor at 12:12 AM No comments: 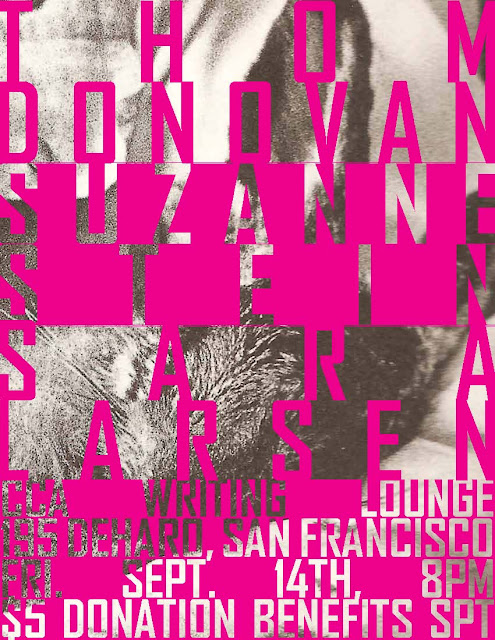 Please join us for a number of HUGE events this Friday!! Norma Cole and Sara Wintz are reading earlier in the evening for David Brazil's RE@DS series at the BAM (5:30 pm), and then we'll leave for the city en masse for Thom Donovan, Sara Larsen, and Suzanne Stein's reading at the CCA Writers Lounge (195 De Haro, SF // Doors: 8pm // Reading: 8:30pm). I'm making brand new chapbooks for Sara and Thom, and Suzanne will have free copies of her new longplayer Tout va bien. AND your $5 donation helps support Small Press Traffic! Spread the word through your preferred media outlets, and I hope to see you at both events on Friday!
Posted by The Disinhibitor at 10:49 AM No comments: 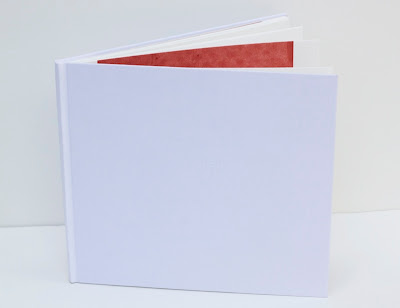 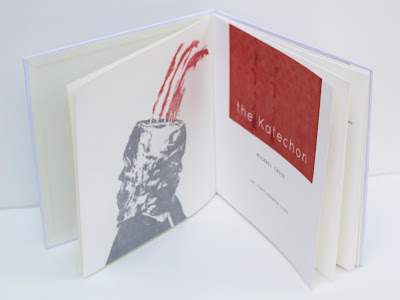 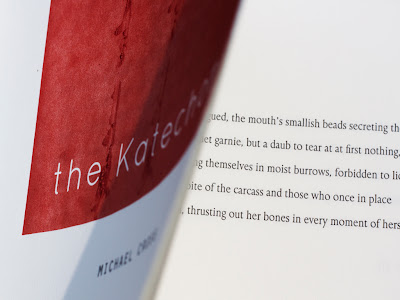 It's been a huge week! Ezra Cross was born on 9/2, and then this AMAZING edition of The Katechon (lines 1-100) was announced by Delete Press shortly thereafter. Hard-cover, totally letterpress, printed in an edition of 70 (!!)—this book is kind of nuts! Not because I wrote it, but because Jared Schickling and Crane Giamo are making the most interesting books in town: totally beautiful and peerless and without compromise. Seriously, these guys are raising the stakes, sending the rest of us back to the drawing board! When somebody makes you a book like this, you suddenly feel okay dying (or, I guess, I do!) because at least you did something worth looking at, right?! The entire thing was printed letterpress, I will have zero copies, and there are only 70 in the world. Buy one NOW here for only $18 bucks (whaa?!) even if you plan to sell it for a million dollars sometime in the future when folks wake up to the brillance of Delete Press!

Thank you, Crane and Jared! I admit that this is almost more exciting than having a kid!
Posted by The Disinhibitor at 12:46 AM 1 comment: 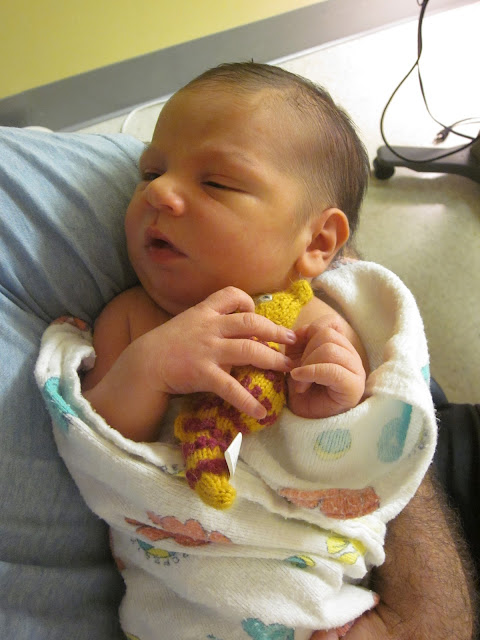 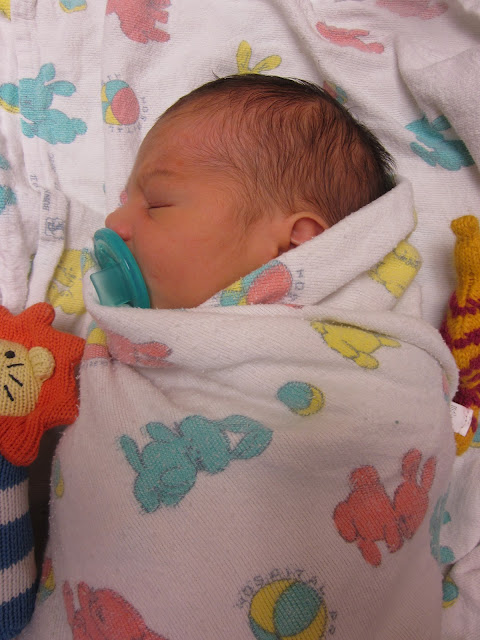 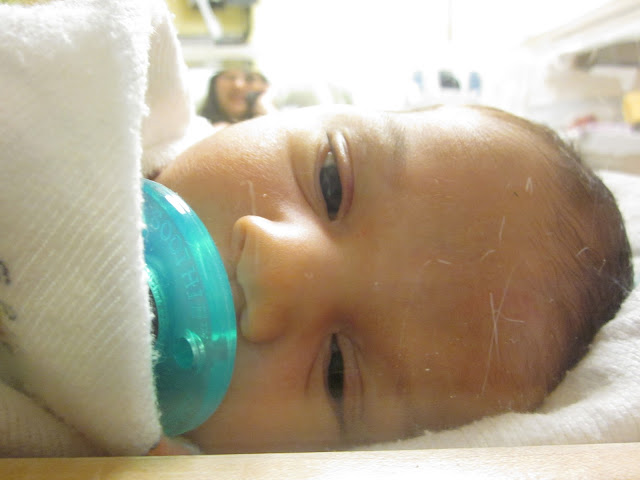 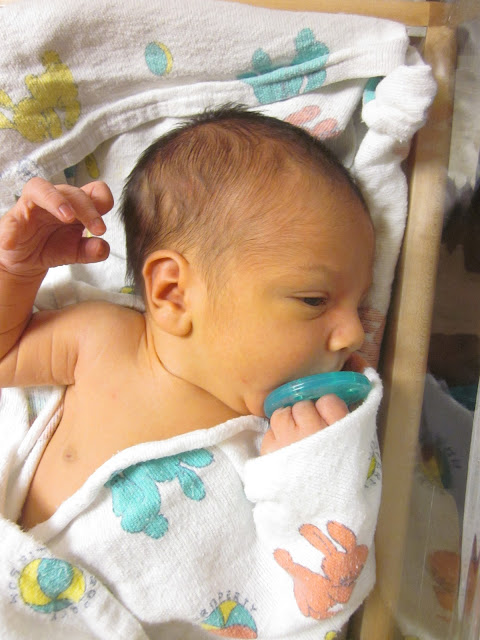 You are a little man in the world now! Big-up to my partner in this particular endeavour, Katja Geldhof, for spending the past 42 weeks making him; it turns out to be a totally ruthless undertaking, but the payoff is pretty spectacular!

We're shooting for a little man who cares about other people and the world around him: a compassionate, kind, and trustworthy young dude. I will be especially excited if he's interested in listening to black metal and plotting insurrection. And I make no apologies for the pacifier! Welcome Baby Ezra...
Posted by The Disinhibitor at 12:45 AM 1 comment:

Please join us Friday, September 14th at the CCA Writer's Lounge (195 DeHaro, San Francisco) to welcome Thom Donovan back to the Bay Area while reaffirming your fidelity to the work of Suzanne Stein and Sara Larsen. Thom's visit will mark his first to the Bay Area since his stunning book The Hole (Displaced Press) was published last year, and I'm currently printing a brand new Compline chapbook of new work to mark the occasion. Additionally, Suzanne Stein will join Thom in support of her recent tour de force Tout va bien (also published by Displaced Press), which we'll distribute free to audience members at the reading. Finally, I hope to print an ad hoc chapbook for the mind-bending Sara Larsen, which will also be free (if I can finish it!).

If you can swing it, a five dollar donation would be much appreciated to help support Small Press Traffic.

Here are the details: