Other Things to Look at While I'm Sick: CJ Martin

Compline author CJ Martin has a new tumblr of new poems, and if I read his message correctly, some of the poems he'll be working on for the next 23 years! Find it here.
Posted by The Disinhibitor at 1:18 AM No comments:

Other Things to Look at While I'm Sick: SLRSN / Norma Cole

Lot's of good stuff happening at the Harriet Blog: Sara Larsen is tweeting this month here, and Norma Cole is guest-blogging here.

When will Poetry magazine catch up?!
Posted by The Disinhibitor at 12:44 AM No comments:

Sorry...
Posted by The Disinhibitor at 2:41 PM No comments: 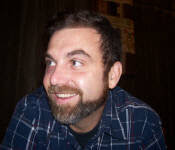 I'm honored to be reading this Saturday (March 10th) with the always amazing Sawako Nakayasu for the Poetry Center, and I hope to see you all there! The reading kicks off at 7:30 pm at the Meridian Gallery (535 Powell Street) in the city, only five or so blocks from the Powell St. BART station.

Here's the advert from The Poetry Center:

SAWAKO NAKAYASU was born in Japan and has lived mostly in the US since the age of six. Her books of poetry include Texture Notes (Letter Machine Editions, 2010), Hurry Home Honey (Burning Deck, 2009), Nothing fictional but the accuracy or arrangement (she, (Quale Press, 2005), and So we have been given time Or, (Verse Press, 2004).

Her books of translations of Japanese poetry include Time of Sky//Castles in the Air by Ayane Kawata (Litmus Press, 2010) and For the Fighting Spirit of the Walnut by Takashi Hiraide (New Directions, 2008) -- which won the 2009 Best Translated Book Award from Three Percent -- as well as Four From Japan (Litmus Press/Belladonna Books, 2006) featuring four contemporary poets, and To the Vast Blooming Sky (Seeing Eye Books), a chapbook of poems by the Japanese modernist Chika Sagawa. Her translation of Sagawa's Collected Poems is forthcoming in 2013 from Canarium Books. She has received fellowships from the NEA and PEN, and her own work has been translated into Japanese, Norwegian, Swedish, Arabic, Chinese, and Vietnamese.

MICHAEL CROSS is the author of In Felt Treeling (Chax, 2008) and Haecceities (Cuneiform Press, 2010) and editor of Compline and On: Contemporary Practice (with Thom Donovan). He also edited and published the Atticus/Finch series of chapbooks. Other projects include Involuntary Vision: after Akira Kurosawa's Dreams (Avenue B, 2003) and Building is a process / Light is an element: Essays and Excursions for Myung Mi Kim (Queue Books, 2008). He lives in Oakland where he studies 21st century poetry.

Little Red Leaves has published a group review of Michael Cross's Haecceities, originating as a chain of emails between David Brazil, Thom Donovan, Brenda Iijima, C.J. Martin, Kyle Schlesinger, and Jamie Townsend, that resulted in an 80-page book, including Cross's essay "Notes on Labor and Regeneration."
Posted by The Disinhibitor at 2:07 AM No comments: 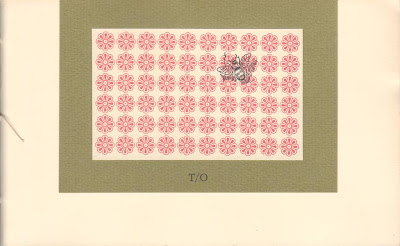 Mimeo Mimeo co-editor Jed Birmingham has been posting super interesting snippets of Dave Haselwood's book work as editor of the Auerhahn Press and Dave Haselwood Books at the Mimeo Mimeo blog. He's recently posted fliers, announcements, and book pages from editions I didn't know existed (including Philip Whalen's T/O captured above), and he's offering super interesting historical anecdotes for the completest in all of us!

I'm most intrigued by the material he's posting on John Wieners and the Hotel Wentley Poems. Essential reading for small press poetry book enthusiasts: check it out here, and check back often...
Posted by The Disinhibitor at 12:05 AM 1 comment: 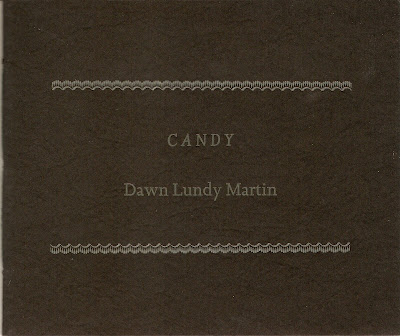 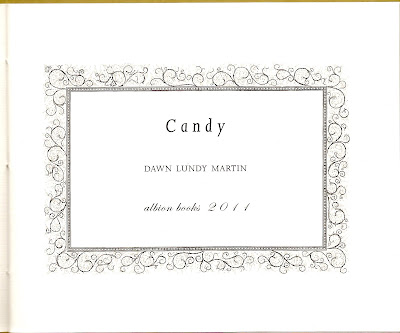 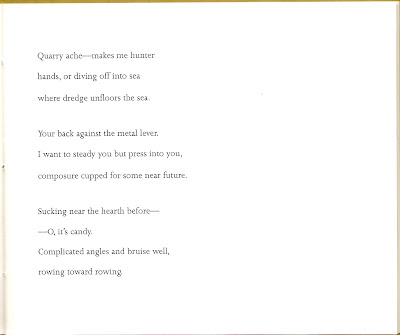 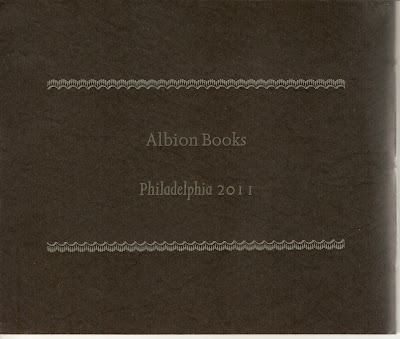 I also just received Dawn Lundy Martin's Candy, another totally flawless edition from Brian Teare's Albion Books. This one's limited to 95 copies (!!), so it'll sell out immediately, no doubt. Candy made me desperate to read every Dawn Lundy Martin edition I can find, so I'll certainly pick up her new Nightboat edition when I'm next at SPD. In the meantime, you need this.
Posted by The Disinhibitor at 12:21 AM No comments: